Happy Wednesday all you awesome bookworms! Today I’m bringing you guys another award post. I was nominated by both the amazing Shanah @ Bionic Bookworm, and by Steph @ Lost Purple Quill. They both run amazing blogs; you guys should definitely check them out!

The Sunshine Blogger Award is given to those who are creative, positive, and inspiring, while spreading sunshine to the blogging community. Which is why I  get so excited when I’m nominated for this one! Steph tagged me first, so I’ll do her questions, then Shanah’s!

What would you do if you were invisible for a day?

It would depend on whether or not I could prepare ahead of time. Like, if I knew I was going to be invisible in advance, I’d try to set it up so I could sneak into Comic Con or something for as close to free as possible. But if it was a total surprise, I’d probably do something even geekier and just walk through the woods trying to sneak up on animals and pretending I was some awesome wood nymph.

What was your favorite movie as a child?

Oh my gosh, there were soooo many! I was a huge movie junkie as a kid. I’m gonna cheat and list my top three:

What is your favorite kind of blog post to write?

It depends on the mood I’m in, but usually, I prefer writing discussion posts! I love to see everyone talking and getting passionate over the same topic!

If you could commission any author to write a book for you, who would you choose?

C. S. Lewis! (Is anyone really surprised here? ) Since I’d probably have to choose a living author, I’d probably go with Sabaa Tahir. I love An Ember in the Ashes, and then we could hang out and play with our food together!

Is there a talent or skill you don’t have, but which you did?

. I think I mentioned this before, but I would love to learn how to knit, but I could probably learn it easily enough if I actually tried.

What is your least favorite book?

I really don’t know. Usually, if I don’t like a book, I get really disappointed for a day or two, but then my brain just forgets about it completely.

Any random subject/fact/phenomenon that fascinates you?

Another one that could have a lot of answers. Off the top of my head, I would probably say body language and facial expressions. I think it’s crazy that, even though people and cultures may be excited or disgusted by completely different things, overall the subconscious way our bodies respond is remarkably similar. Sometimes I just like to watch people talk so I can study them

What was your favorite birthday?

The only one I remember being really awesome was my 16th birthday. A lot of my friends came over to celebrate, my dad (the precious human that he is) made us a FIVE-COURSE MEAL FROM SCRATCH?!? And my birthday present was a beautiful violin that looked better and had a much better sound quality than my old, school-loan one. It was a pretty good day, overall.

What kind of music do you like to listen to?

All kinds! There isn’t really any genre of music that I go out of my way to avoid, but my go-to is would be Celtic music.  I’m always so fascinated by the technicality of a really could Celtic fiddler (thanks to aforementioned violin), and it always motivates me to start/finish a task, but is also relaxing to me once I’m done. If that makes any sense…

What book have you ALWAYS meant to get to, but haven’t yet?

There are an awful lot. I’ll go with Treasure Island.

I’ve wanted to read it since I heard of it in “The Pagemaster” (another aforemention-ing?) It’s been in my shelf for ages, but I just haven’t really gotten around to it, yet.

If you could relive a day in your past, what would it be?

I’m not sure. I usually try to make it so that I don’t really have any desire to relive the past. If I had to choose, I guess I would say one of the days I in January when I was in Georgia. It was the last time I got to see my aunt before she died, and it would be nice to be able to talk to her again

What is your biggest bookish pet peeve?

Funny enough, I just wrote a post about it the other day! You can see my top three book pet peeves here.

What’s one non-bookish fact your readers don’t know about you?

Shanah talked about a time when she accidentally stabbed herself, so now all I can think of is that I shot myself once. With a fishing arrow. In the knee. Yes, fellow Skyrim fans, I have indeed, literally, taken an arrow to the knee.

My dad is a big hunter/outdoorsman, and I’ve always enjoyed archery and spending time outdoors with him. But there is no chance I could ever look a cute deer in the face and then shoot at it. It just wouldn’t go over well. But, I thought, “Gee, fish aren’t cute. I’ll still probably cry a little bit, but I’d get over it eventually.” So I told my dad I wanted to try bow-fishing. We got all the stuff you need, which includes a reel and a line you tie to the arrow to so you can bring the fish back in. Well, we finally made it out onto the water, and I fired a practice shot. The arrow went about five feet, and then the line caught in the reel, which whipped the arrow backward and into my knee. Luckily, it hit the bone just below my actual knee, so it didn’t go too deep, but it was still SUUUUUUPER painful.

What’s your favorite hobby besides reading?

I have a few. I like archery , and sometimes I write. I also enjoy cross-stitching, gardening, and video games.

Have you ever watched a movie/TV adaptation that was better than the book?

Not that I can think of off the top of my head. I’ve seen ones that I enjoy as much as the book (The Lion, the Witch, and the Wardrobe), but I can’t think of one that I liked better.

What one book do you absolutely love that’s out of your normal reading genres?

I’ll give you guys two. I’d probably classify them both as romances, but they have some historical elements, too. 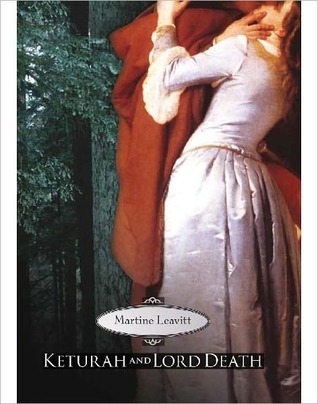 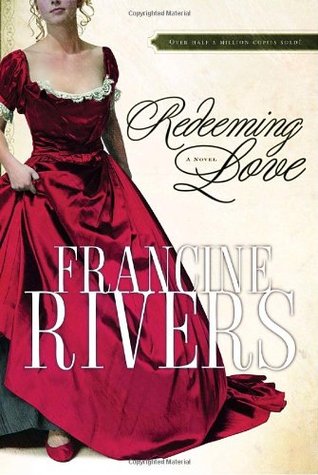 Keturah and Lord Death takes place just before the Black Plague broke out in Europe, and Redeeming Love takes place during the California Gold Rush.

If you had to pick which apocalypse to face, which type of apocalypse would you choose? (zombie, nuclear, etc.)

I would probably pick the zombie apocalypse (assuming The Walking Dead-type scenario); I think that gives me my best chance at survival. Despite what my previous confessions imply, I’m pretty handy with most weapons, and I have enough survival know-how that I think I could manage. But most other types of apocalypses just have too many unknowns that would make them too unpredictable.

If you had a familiar, what animal would your familiar be?

(For anyone who doesn’t know, this is referencing one of the powers in Three Dark Crowns). As much as I would love a familiar that could cuddle up with me at night, I think I’m going to have to go with a gyrfalcon, aka THIS GUY:

I mean, look at him! How can an enormous bird of prey be majestic, cute, and slightly terrifying all at once? (For reference, a gyrfalcon’s wingspan can be a little longer than 4.5 feet (1.3 m) and a bald eagle’s can be up to 7.5 feet (2.3 m), so these guys are about half the size of a bald eagle.)

How big is your TBR?

My Goodreads TBR has 200 books on it, my physical TBR shelf has 32.

If you were in a story, would you be the villain or the hero?

Honestly, I’m not sure. It would kind of depend on my backstory. I had a conversation with my dad once, and we decided that if I had had parents like her, I could very easily have ended up like a modern-day Cersei Lannister. But as I am right now, I don’t really think I’d be either. Maybe an anti-hero, or best friend to the hero or villain.

What was your favorite childhood TV show?

We didn’t have cable when I was growing up, so all I had was:

What is one aesthetic you think is representative of who you are? (floral, dark, lace, boho, etc?)

I don’ think I could pick just one. Sometimes I feel most myself when I go a little retro, sometimes it’s when I layer a lace top with a leather jacket, and sometimes, I just have to break out all the florals! I think I have a little bit of every style.

Woo, that was a lot! I hope you guys enjoyed learning a little bit more about me! I’m not going to tag anyone specifically, (because I feel like I’ve done a tone of tags lately and I don’t want to annoy anyone). But if these questions sound like fun (I can assure you they are!) go ahead, pick eleven of them and tag yourself! 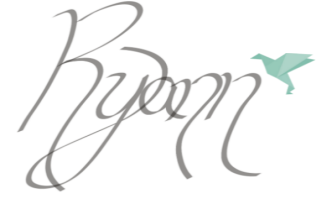