Hi there, fellow readers! Recently I’ve seen a lot of people around the blogosphere mention that they’d like to read more of the classics. Since I’ve read my fair share of classic novels, I thought I’d mention a few that I actually enjoyed.

I know there can probably be a whole separate discussion post on what exactly makes a “classic,” so to justify my choices, I will say that all of them are  listed under “Classics” on Goodreads. Also, these are in no particular order  because they each have things I love and things I’m not a huge fan of.

*Also note: these are the exact copies I read. Some of them have end/sidenotes to help the reader understand the historical contexts of certain things, which were hugely helpful to me when I was reading them. 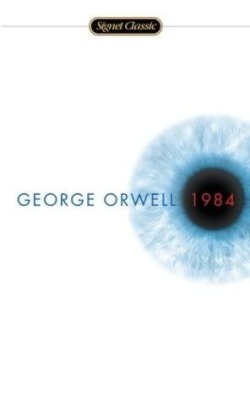 1984 by George Orwell remains, to this day, in my Top Ten favorite reads. The book  was George Orwell’s projection of what the future could look like. If you’ve ever heard references to “Big Brother,” or “Big Brother is watching,” it comes from this book. In this society, the government rules with an iron fist; their motto is “War is Peace. Freedom is Slavery. Ignorance is Strength.” and Big Brother is in every corner of the world, monitoring people’s lives and thoughts. People can be arrested just for thinking the wrong things. Working at the Ministry of Truth is Winston, who’s never quite been content with the life he’s been stuck with. When he meets Julia, he starts to question whether there could be more to this life.

Why I Liked It: I honestly love this book! It’s almost terrifying, but never seems completely unrealistic It makes you reconsider the way you perceive things, and even question why you consider certain things to be truth. The ending of this novel is haunting. When you can remember the last four words of a book years after having read it, you know it’s good. At the risk of a sort-of-spoiler, I also loved it because I’m awful and love books that don’t end happily, so if you’re looking for a happily-ever-after, steer clear of this one.

Things I Didn’t Like: There are very few things about this book I dislike. The biggest thing is just that this book is SO DENSE. There will be so much information packed into each page that there were times when I would zone out a little bit, and would have to reread an entire page.

But overall, this is one of my favorite books, and I would absolutely recommend it to anyone looking to read a classic.

Farenheit 451 by Ray Bradbury was probably required reading for a lot of people; that’s why I ended up reading twice. You can read more at the Goodreads link above, but the general idea is that in a future society, books are illegal, and firemen start fires instead of putting them out to purge the world of all of that awful knowledge and free-thinking rubbish. Guy Montag is one such fireman, who enjoys his job, until someone helps him see what life could be.

Why I Liked It: Although there’s not a ton of action, it’s very intense; because the protagonist starts to get a little paranoid and on-edge, the reader does, too. It also shows the value (and danger) that can come with books and free thought, without being  preachy.

Things I Didn’t Like: One thing I didn’t like was the ending. To me, it seems like it just kind of… stops. {SPOILER} Like, he finally meets some other bookworms, and then a FREAKING BOMB FALLS ON THE CITY, and he goes, “Gee, wonder if my wife is okay.” ~THE END~. Like… what?! {END SPOILER} I kind of get why it ends like that, I just don’t like it. But, for the most part, this is a classic I would recommend.

A Clockwork Orange by Anthony Burgess is another futuristic dystopia told from the point of view of Alex, a teenage criminal who’s done just about everything imaginable. When he’s finally caught, the state puts him through a new process in order to “redeem” him, but it doesn’t turn out as well as they expect.

Why I Liked It: It was a pretty quick read, but it asks some tough questions about how far society should go in its treatment of criminals. I also enjoyed the slang Burgess invented; it took me a little while to get it all down, but it fits into the story well, and even when I didn’t understand it, it didn’t take anything away from the story. Fair warning, it gets pretty dark while Alex is being “redeemed.”

Things I Didn’t Like: Okay, so the edition I read has this last chapter that kind of ruined it for me. {SPOILER} The edition I read took Alex through all of these horrible things and then brings him out on the other side, in a manner of speaking, but then at the end he realizes he should be a good person and just decides to stop being a criminal. ~The End~ It almost felt like I had been cheated; I followed Alex through all of this stuff, just for none of it to matter? {END SPOILER} If you read it, I would recommend A) skipping the last chapter B) trying to find a first edition (which doesn’t have the last chapter) or C) reading the last chapter and prepare for a little bit of disappointment.

Even though the last chapter threw me off, this is still one of the classics I would recommend.

(Also, if these first three dytopia novels sound like they’re up your alley, I would also check out Brave New World.)

The Picture of Dorian Gray 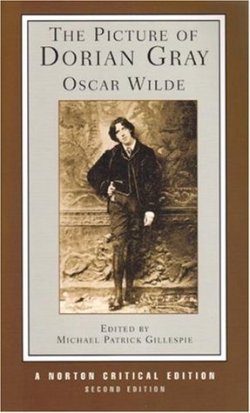 I’ve seen The Picture of Dorian Gray on several people’s TBR list, and it makes me so happy! This is one of the few college reads I really enjoyed. The story opens with an artist painting a picture of Dorian Gray (omg the title!!). When Lord Henry points out that Dorian won’t always look so young and handsome, Dorian says he would make a deal with anyone, even the devil himself, to stay that beautiful forever. And it works…mostly. Again, kind of a spoiler, this one does not end happily, either.

Why I Liked It: This book has a great cast of characters. Even the ones that I hated I also secretly loved? Lord Henry is pretty dang sexist, but he’s also incredibly witty. Throughout the whole book, I just kept thinking, “God I hate this guy!” But then he’d whip out one of his one-liners and I’d chuckle even though I disliked him. The characters definitely made the book for me, but the plot is pretty good, too. Also, I just like dark stories, and this one is definitely on the darker side of the spectrum

Things I Didn’t Like: There were a few parts of the book that dragged on for a bit, or seemed a little unnecessary. It also isn’t super great when it comes to women. It’s not necessarily awful toward women, it’s just that most of the female characters are there to advance the male characters’ stories, or to provide someone to engage in witty banter with Dorian and Lord Henry.

If you can get past those couple of things, I would definitely recommend The Picture of Dorian Gray if you’re trying to read more classics. 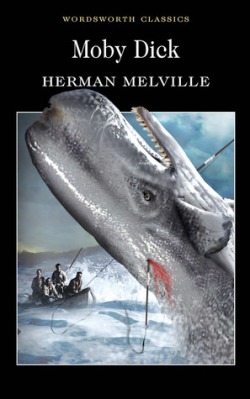 So, Moby Dick comes last because… well I enjoyed it, but I wouldn’t necessarily recommend it for everyone. The book is named after the white whale, Moby Dick, who Captain Ahab is desperate to kill for revenge. Told from the point of view of crewman Ishmael, the story follows the ship’s whaling adventure, and Ahab’s descent into a fixated madness.

Why I Liked It: I’ll be honest with you guys, I’m a little biased. I read this book for a class with a great professor, which made the book seem better (and the paper I wrote for it was one of my best), and a lot of what I liked about it was its symbolism. But the best part for me was the ending. The ending of the story was chilling,

Things I Didn’t Like: So, here’s the thing: I enjoyed the story, and I loved the ending. But the big question is: did we really need 500 pages to get us there? The whole story can be summed up in about two sentences, so are 500 pages really necessary? If you appreciate a lot of deep symbolism and being able to read into everything, you’ll probably like Moby Dick, but if you want a quicker, easier,  read, I’d probably avoid this one.

Have you been trying to read more classics? What are some of your favorite classic novels? Which ones would you recommend to other readers? Do you know of any classics I might enjoy that don’t end horribly? Let me know in the comments below!